What a first few months we have had on the project, and Christmas and New Year is always a great time to look back and reflect on what has been going on.

The volunteers we have had out have done an excellent job and since the start of October we have had over 40 different volunteers contribute more than 300 hours between them. Sea buckthorn has been cut down outside the Ainsdale Discovery Centre and the cut material is burned on site. This has given us a great excuse to get out the jacket potatoes and marshmallows for baking and toasting on the fire! 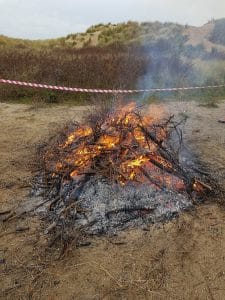 This area was once extremely popular with Sand Lizards that were often seen basking on the fence outside. Over the past few years however, the area has been taken over by the invasive Sea Buckthorn and Sand Lizard sightings have suffered. Now though, the area is back to looking its best! A huge area of Sea Buckthorn has been removed from the site and we should start seeing Sand Lizards back in the area once again. 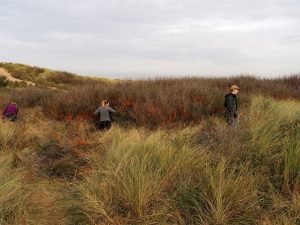 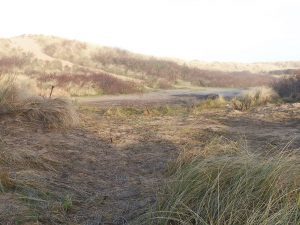 The volunteers have also been out with us helping to record the incredibly rare Sea Bryum along the dunes and the bulk of the work for this year is over! At the moment we are hunting for the elusive Petalwort and success stories are already emerging. Over 600 individuals have been recorded at 10 sites and half of these sites have not been recorded previously. An exceptional find by volunteers of Petalwort into the thousands was also recorded at a completely new site, it is believed the population of this species is now at least 16 times larger than previously thought! 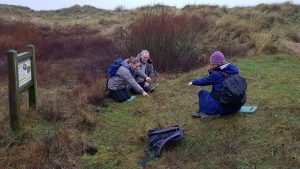 We have got loads of things to look forward to in the New Year including more habitat management and Petalwort recording work! As well as this, work will also move towards recording the Natterjack Toads found on the sand dunes.
This is exciting work as it involves heading out at night on to the dunes to listen for calling male Natterjacks and recording the pools at which they are found! We will also be running lots more activities, hopefully to get the younger generations more involved with looking after their local areas and taking an interest in all the wildlife out there.

For more information on how to get involved and the events we will be holding, go to our Facebook page.