As I was travelling down to the Dorset colony area for some moth trapping on Tuesday 21st May, it was hot and humid. There was a threat of thunderstorms on the forecast, but I remained hopeful that thunder and lightning would stay away, it would not be great around our electrical equipment (!). However, moths love hot and humid weather and so I still had high hopes.

We were particularly interested in surveying the Barberry Carpet Moth, which is protected by law. This means that all of the surveying of the species needs carried out by licensed surveyors.

The usual method of surveying for larvae is called ‘beating’, which sounds more violent than it is!
It involves giving a chosen Barberry Bush a sharp tap, whilst holding a beating tray underneath it. This allows the surveyor to see if there are any Barberry Carpet Moth larvae present. They can then be counted and have their larval stage estimated. The larvae are then carefully put back where they were found and another bush is surveyed. The ‘beating’ technique has many advantages; it is not weather dependent and also only one larva needs to be found to confirm that the Barberry Carpet Moth is present and the site is occupied (minimising disturbance to the larvae). Another survey method is to search Barberry Bush leaves for signs of larval feeding damage, you may then be lucky enough to avoid having to ‘beat’ the bushes.

This was a particularly special event as trapping for Barberry Carpet Moths doesn’t happen very often. Although adult moths occasionally turn up in traps close to existing colonies, we can’t always be certain where they have flown in from. There were an eager dozen of us at the trapping event, ranging from beginners to some more experienced ‘moth-ers’.

To start with, we laid out 7 traps around the site (these included Robinson traps, a Skinner trap, WEM lights and a battery powered Actinic trap). The police had been forewarned about our presence and activities in the woodland that night, so we were able to begin surveying uninterrupted (after covering ourselves, ironically, with insect repellent).

We then all took a walk around the site together, visiting the different trap locations. As dusk arrived, we were excited to be able to see lots of moths becoming active along the hedgerows. We used nets we had with us to catch what we could, most of which turned out to be Green Carpet Moths (which look surprisingly similar to the Barberry Carpet Moth, whilst in flight).

After this, we started to gather around various traps and the moths slowly began to come in. Some of the species we were lucky enough to see included, Clay Triple-Lines, Green Carpet, Pale Tussock, Brimstone, Mocha, Peach Blossom, Scalloped Hazel, Waved Umber, Orange Footman and also an unidentified Ichneumon Wasp.

By around 10pm, Bill and Jenny suddenly appeared with a Barberry Carpet Moth that they had attracted, which was very exciting! A brief moment of confusion was caused when another Barberry Carpet Moth flew into the trap, where I was positioned, at the same time – we soon realised we had two of them! 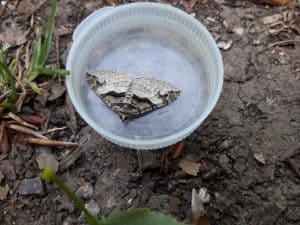 We were all thrilled and elated at having caught these rarities. As the evening continued, we caught another 3 Barberry Carpet Moths, along with many more such as Pretty Chalk Carpet, Alder, Pale Oak Beauty and Broken-barred Carpet Moth.

We continued trapping until around 1 am and caught approximately 40 species in total. This might usually be considered a quiet night, but it was successful nonetheless. One reason it may have been quiet is because it was a cold evening. Usually, in better conditions, we would have expected to see many more species in our traps.   So, I find it all the more promising that we were still able to catch 5 of the elusive Barberry Carpet Moth. 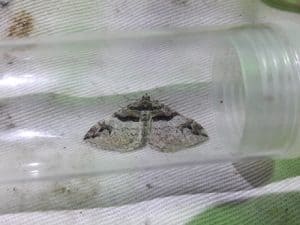 At around 1:30 am, we began to pack up. The event went really well and I am so pleased to have finally seen an adult Barberry Carpet Moth. It was especially rewarding for Forestry Commission Wildlife Ranger (Mark Warn) and one of his dedicated Wood Wardens (Fred), to see the species that they have been working hard to conserve for many years.

I plan on running further events like this within the project area, so if you are interested in attending - watch this space! In the meantime, you can join the Barberry Carpet Moth Facebook Page, where I will publish details of up and coming events.

Would you like to help this incredible species? There are numerous ways in which you can: 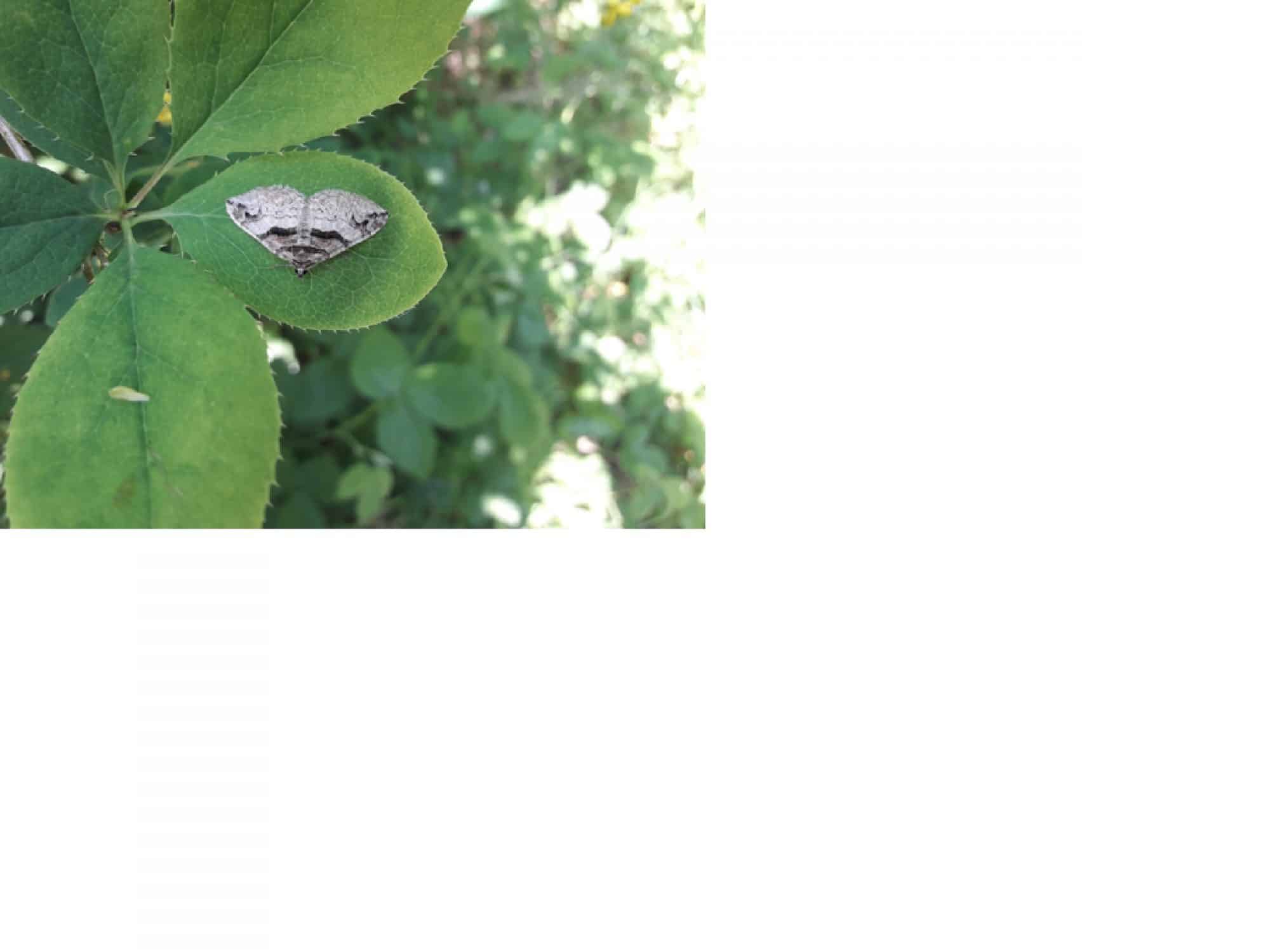