The first record of a pine marten in Cumbria, in Kershope Forest.

To date, we have had nearly 30 confirmed marten records including images and videos from trail cameras, including the bizarre video caught on security cameras in the city of Sunderland, as well as hair samples. It is with great thanks to the many different people contributing these records that we have achieved this milestone. It is an achievement we hope to progress further in the future as we aim to get a better understanding of the martens we have in the region.

This winter, we are putting more cameras out in targeted areas of the forests with the simple combination of food and camera to try and ascertain what we have. We will be using various techniques to try and get good images of the marten’s bibs to aid with identifying individuals and give a rough idea of numbers. Using these techniques to date, we have been able to ascertain that we have at least 5 different individuals of both sexes identified over the entire region. This probably doesn’t sound many, but considering we had identified no martens at all this time last year and we are dealing with a very large area with lots of needles in lots of haystacks. We have also been able to identify several clusters of records, which has made it easier to target these locations more intensely. 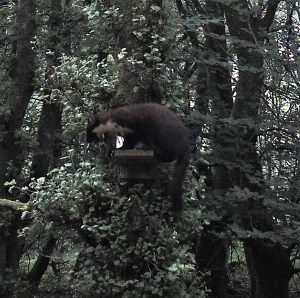 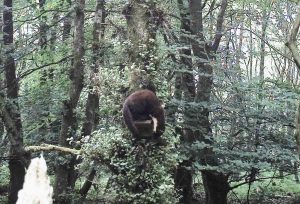 Our first colour images of a Pine Martens in Northumberland.

We have plans to widen our partnership working, particularly with already the widely-established Red Squirrel monitoring groups, the local Wildlife Trusts and other conservation/mammal organisations, to try and strengthen the future for Pine Martens in the region. We also hope to continue to establish further volunteering opportunities to be involved and learn from the project, through developing roles with the universities of Newcastle and Cumbria.

All told, we are focusing on continuing to deliver the project’s aims and looking to what can be delivered beyond the project’s lifespan, in order to safeguard and enhance the re-establishment of Pine Martens in northern England and beyond. 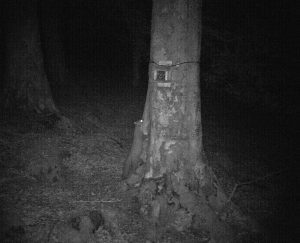 The latest image of a Pine Marten in Northumberland from the Kielder forest area.

Many thanks to all involved.

3 thoughts on “Looking back – the Pine Marten project”