An update from the Wessex Stone-curlew team as we approach the start of the 2020 fieldwork season. 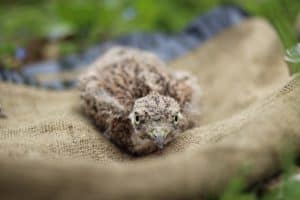 On the 19th February we had our first Stone-curlew report of the year.
A single bird has been found by a farmer on Salisbury Plain after arriving back to the UK from its wintering grounds in either southern Europe or northern Africa. The rest of the Wessex Stone-curlew population are probably on the move as I write this, and it won’t be long before I swap my desk for a 4x4 and head outside for six months of fieldwork.

It’s amazing how quickly the fieldwork season comes back around again. It feels as though we’ve only just finished writing up the data from the 2019 breeding season – which, by all accounts, was a very successful year. A total of 132 breeding Stone-curlew pairs were recorded in the Wessex area, successfully fledging 124 chicks between them.
This gives the Wessex population an overall productivity of 0.94 – far above the 0.61 needed for a stable population. As far as we know, this is the most productive year on record for Wessex. It’s hard to pinpoint any one specific reason for this success, but we can in part thank the warm, dry period we experienced back in late-February/early-March of 2019, which allowed early-returning birds to put down nests at the very start of the breeding season. This in turn provided these pairs with a chance to raise a second brood later in the summer. In these cases, some pairs were able to raise four chicks over the course of the summer. The weather was so good last year, that many birds remained in the UK well into the autumn, and there were even chicks still present at breeding sites in November!

This year, the weather has so far proved to be very different. Recently, almost constant rainfall has caused farmers substantial problems, with many being unable to drill crops or cultivate land. Poor weather on migration or at breeding sites in the early season can cause stone-curlews to begin the summer in poor body condition, which is likely to have a negative impact on their breeding success. We are therefore hoping that the weather improves before the bulk of the population arrive back in the country in mid-March.

As part of the Wessex Farmland Project’s role in coordinating the monitoring and conservation of Stone-curlews, the team provides a great deal of advice to farmers, particularly over the winter. Much of this advisory output relates to habitat management for stone-curlews, but we also spend a lot of time talking to farmers and landowners about other farmland birds and arable plants. Wessex is a crucial stronghold for many declining farmland bird species, such as Corn Bunting, Skylark, Yellow Wagtail and Grey Partridge.
In 2020 we will continue to work as part of the Colour in the Margins Project on Wessex farmland, for the benefit of important arable plant assemblages. As I mentioned in my blog piece back in May of last year, fallow plots for ground-nesting birds – the main tool for conserving Stone-curlews on farmland in the UK - can be havens for rare and important arable plants, with many plots in Wessex supporting critically endangered species such as Red Hemp-nettle Galeopsis angustifolia and Pheasant’s-eye Adonis annua. 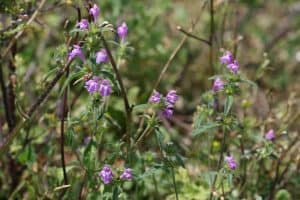 Whilst Stone-curlews have now enjoyed several consecutive years of high productivity in Wessex, it remains necessary to maintain a high level of human input in their conservation. Without the expert in-season advice provided to farmers by seasonal fieldworkers, their numbers could well decline in Wessex once more. This is particularly important where Stone-curlews nest in locations that may be vulnerable to farming operations, such as in spring crops or on game covers.

As always, you can find out more information about the Wessex Farmland Project and the work it does to conserve stone-curlews here.

Colour in the Margins Project Officer.