We started establishing wildlife corridors along the Chalfield and Lenton brooks in the mid-1970s encouraged by David Rice then County Forester for Wiltshire. Most of the 350 acres I farm and the woods that I manage now belong to the National Trust. We enjoy a good mix of habitats: encouraging biodiversity is both a high priority and source of joy; we now approach the extended end of our third ten-year Higher-Level Stewardship (HLS) Scheme.

Our wildlife corridors are criss-crossed by rights of way with 3 footbridges over the Chalfield Brook, and clapper bridges across the smaller Lenton brook. The two corridors are connected by large hedgerows and a nectar strip. We maintain over 3 miles of rights of way for public enjoyment: these were much used in lock down. 90% of walkers keep to the paths and keep their dogs under control; we have signs to protect conservation and nesting areas.

We have recorded at least 300 plant and tree species. My father, Charles Floyd FLS, a devoted conservationist, started Wiltshire Wildlife Trust in 1962: he held “It all starts with the plants”. So, fifty years on from my father’s death, it is an especial pleasure to add and establish Spreading Hedge-parsley. We have arable weed headlands and fallow patches amounting to 2.64 ha in two arable fields. The Spreading Hedge-parsley seed was sown in November 2020 in one of our rare arable weed margins, already home to rare spurges and both Round-leaved and Sharp-leaved Fluellen. 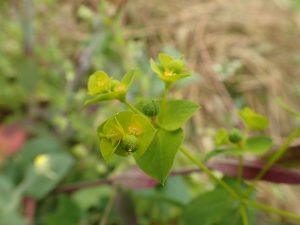 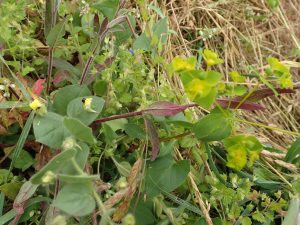 In the last two summers Pyramidal Orchid has spread in headlands and new woodland. 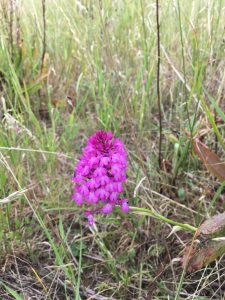 No inorganic fertilisers or sprays are used on the pastures which are grazed by sheep and browsed by 4 horses and 5 ponies.

With help from Charlie Moores, a local wildlife expert, and from leading members of the Butterfly Conservation Trust we have recently recorded 220 macromoth species and twelve species of dragonflies. 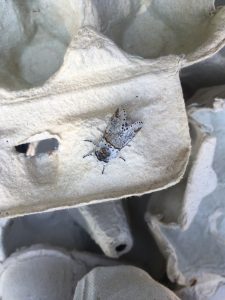 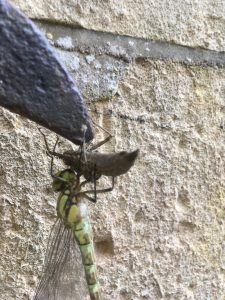 We have ten species of bats including Noctule and Greater and Lesser Horseshoe. Ancient barns and Edwardian stables suit them. Daubenton’s hunt over the fish pond, Leat and Mill ponds.

Skylarks survive on light cornbrash arable land and we have bare plots for them every season away from paths and electric wires, supported by Natural England through our HLS scheme. Swallows and Swifts have declined, but both Green and Great Spotted Woodpeckers flourish: we have Marsh Tits; Willow Warbler and Spotted Flycatcher visit in summer.

We enjoyed a ten-year hedgerow improvement scheme before our current HLS scheme.

Large hedgerows 3-4 metres high cut or coppiced occasionally form important farmland habitats. Some are ancient with pollard oaks; most are eighteenth century and some recent.

With support from volunteers, English Woodland Grant Scheme, Wiltshire Tree People, Forest Carbon, and the Hunt family I planted two new mixed woods on land that was marginal for arable farming. Our woodlands are now 10% of the farm area. In Ladies Coppice, a County Wildlife Site of ancient woodland, anemones followed by bluebells and Bath Asparagus are all abundant.

In the plantations young oaks now burst from their shelters, and ash in two woods have died back to be replaced by Hazel and other underwood species. With a few brambles these attract migrating Woodcock in the cold of winter.  A model wood started in 1976 at the bottom of our garden is coming along nicely with standard oaks and hazel coppice below, a great site for a native wild garden including snowdrops, wild garlic and Hart’s-tongue. 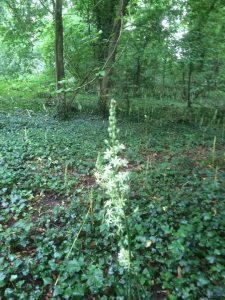 Our plans for the future include planting boundary hedgerows for both arable land and the woods.

Colour in the Margins is part of the Back from the Brink programme, funded by the National Lottery, and led by Plantlife in partnership with the RSPB.