Back from the Brink: Liverpool

Join us at Constellations and Observatory on 2 November to delve into the world of conservation, wildlife photography and filmmaking through a series of talks that will explore the challenges of working with wildlife. We’ll hear some of the best stories from the field and reflect on the importance of protecting what’s on our doorstep – all talks are FREE! 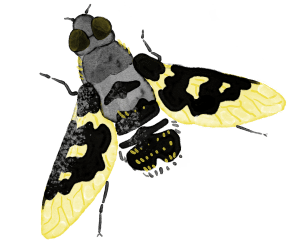 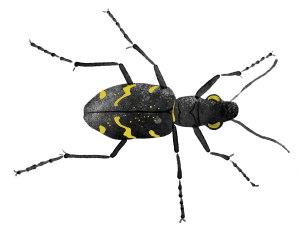 We will be hearing from award-winning photographers Andy Rouse, Tesni Ward and filmmaker Neil Aldridge. There will also be conservation-focussed sessions from Fiona Sunners, project lead for Gems in the Dunes and James Harding-Morris, communications manager for Back from the Brink.

12.30pm - Gems in the Dunes with Fiona Sunners BOOK HERE
Gems in the Dunes is working to improve the fortunes of some of the rarest wildlife found on the Sefton coast. The talk will highlights some of the key species found on the sand dunes and why the dunes are so important for their survival. It will look at what the project is doing to survey and monitor these species and how volunteers are playing an important role in the conservation effort.

2pm - Loving British Wildlife with Andy Rouse BOOK HERE
Andy Rouse’s images have won awards the world over during his 20 year professional career. Known for his work on apex species such as polar bears and tigers, Andy also spend a lot of his time getting up close and personal to iconic British species such as Owls, Deer, Hares and Grouse. Come and see his jaw dropping images and hear his fun stories from his illustrious career, including the Great Crested Grebe project he shot for BBC’s Springwatch amongst many others!

3.30pm - Working with Wildlife with Tesni Ward BOOK HERE
Join award-winning professional wildlife photographer and Olympus Ambassador based on the outskirts of the Peak District, Tesni Ward as she talks about her experience both good and bad and how she has worked to develop an extensive and varied portfolio in challenging situations. While the majority of her work focuses on British wildlife, she also photographs projects across the world and has aspirations to promote conservation and education through her images.

5pm - A New Hope with Jess Pugh BOOK HERE
Jess, an RSPB Phoenix, will share her perspective on conservation efforts and what needs to happen next.

6pm - Rarer than Pandas with James Harding Morris BOOK HERE
When people think about endangered species they tend to think of species like pandas, rhinos and tigers – classic conservation icons. Join Back from the Brink communications manager James Harding-Morris as he talks about species from the UK that are just as rare and threatened and yet most people don’t even know they exist.

7pm - Filming Species on the Brink with Neil Aldridge BOOK HERE
Fast-flying bats, beachcombing toads, bee-hunting wasps and flowers pollinated after dark all posed unique challenges to Neil and his team. Find out how he got the shots that are making people in Liverpool and right around England look closer at the incredible wildlife right on their doorstep.