What is the habitat for the Colour in the Margins project?

The colourful hues of cornfield flowers were once a familiar part of our arable landscape. Sadly they are also the fastest declining suite of plants in the UK. Fascinating, sometimes rare, and often overlooked - they are frequently threatened by the arable farming on which they depend. This has a knock-on effect for other wildlife, including ground beetles, bats and birds.

Arable habitats have been affected by modern farming practices such as the increased use of herbicides and fertilisers, changes from spring to autumn growing, and increased competition from modern crop varieties. These have reduced the chances that cornfield flowers have to spread and grow.

How we’ll colour-in the margins

This Back from the Brink project, led by Plantlife, will focus on 13 species; 10 plants, and three ground beetles. Conservation work for these will have benefits for many other threatened species, particularly 14 birds, two bryophytes, eight mammals, three insects and eight other arable plants. We will develop ways to reintroduce and manage for these species, and will bring them back to suitable sites. We will work with farmers and landowners to encourage them to take up these techniques.

We aim to capture community recollections of animals and plants of the arable landscape, arrange farm visits, and provide training workshops, advice and guidance for farmers. We will introduce people to the habitats by a programme of activities and volunteering.

What we’re aiming for

By the end of the project, we aim to have successfully reintroduced arable species at key sites and improved the way people manage arable habitats. We will have reconnected people with the farmed environment, encouraging them to appreciate the importance of arable wildlife, both for its cultural value, and also for its part in a larger ecosystem.

Publishing the species portfolio reports for the 10 focus species and converting the technical information into useful management guidance. This information will be sent out to farmers, land managers and farm advisers that help to look after these plants.

Survey of the reintroduction sites from Cornwall to Kent and Hampshire to Norfolk. Over 50 reintroductions of rare arable plants have been undertaken over the last three years and the monitoring will find out whether the sowings have been successful in the short term, or whether we might need to wait a bit longer.

MOSEY IN THE
MARGINS

Take a closer look at the wildlife
in our arable landscapes
using this guide.

Mosey in the Margins - web version

Mosey in the Margins - A4 print version

FRIENDS IN THE
FIELDS

A companion guide to help you
explore habitats while wandering
through arable fields.

Friends in the Fields - A3 web version

Friends in the Fields - A4 print version

A guide to familiarise you with
farmers' friends around an
arable farm.

Bring these wonderful species to life in a creative way! 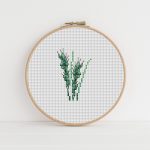 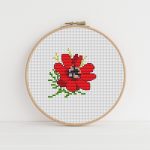 Resources for schools, farms, parents and carers, to engage children with arable habitat. 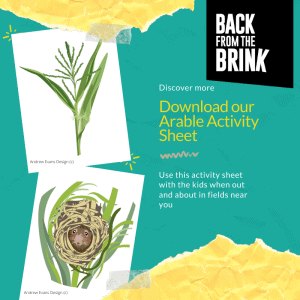 Resources for Colleges and Universities 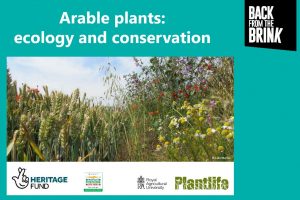 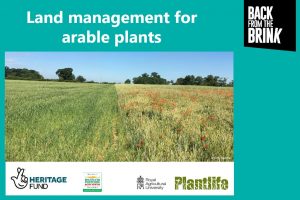 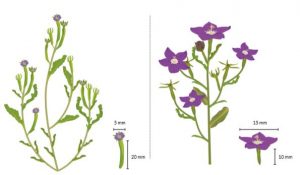 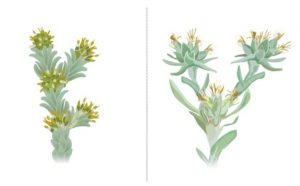 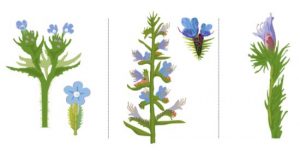 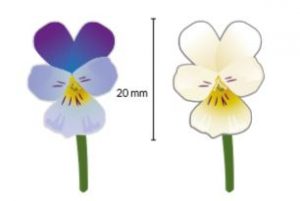 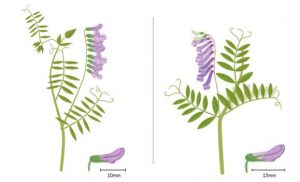 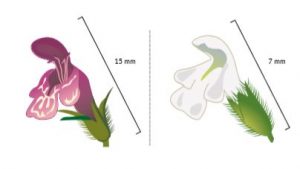 Introductory Guides for Colour in the Margins Species

Information for Farmers and Land Managers

How to Collect, Store and Sow Seeds

How to Survey for Arable Plants 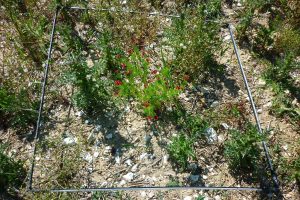 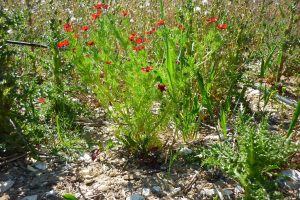 We need your Arable Stories!

Have you had a close encounter with boxing hares or been spellbound by the song of the skylark on a recent farmland walk? Do you have fond memories of making corn dollies or helping at harvest time? Is there an old wives tale you live by today that harks back to arable roots?

Recollections past or present, we would love to hear from you!

We invite you to share with us your stories which could be anything from your encounters with farmland wildlife to your memories on an arable farm.

Please get in touch with us to find out more about this project and how you can get involved. Please send your arable stories, photos or videos to colourinthemargins@plantlife.org.uk

Arable Memories - where is your favourite field or footpath?

Download our postcard, fill it in and send it to the same email address shown above. 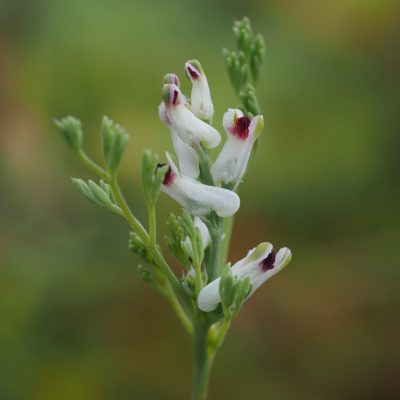 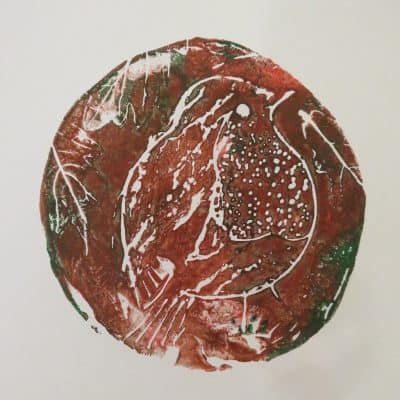 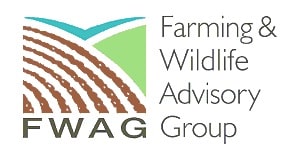 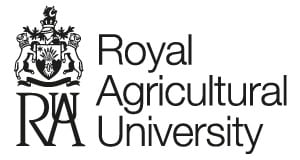 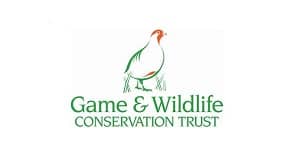